Well guys, Colins client gave the thumbs up for this project, and it is a project... Colins conception and MOI signet, Berts artwork on the scrolls, and I will be pathing and cutting...

I will leave it to Bert and Colin to post their respective imagery as they see fit I will contain myself to only the pathing and cutting :)

Thank you Colin for allowing us to post on this job :)

Rhinocam died in the bum on this job, a simple case of not enough memory to finish it, so fell back on DeskProto for pathing it. A little more cumbersone in the setups but not a major hiccup at all, and the paths generate FAST.. I had forgotten how fast DP generates :)

I picked this strategy:

A roughing with a 3.17EM leaving 0.8mm skin, followed by an entire finishing pass with a 0.127mm tapered pyramid at 50 micron stepover. I followed that with three index cuts from 90, 0 and 270 respectively with the same cutter at 20 micron stepover.

In case you cant concieve the actual scale of the job ;) 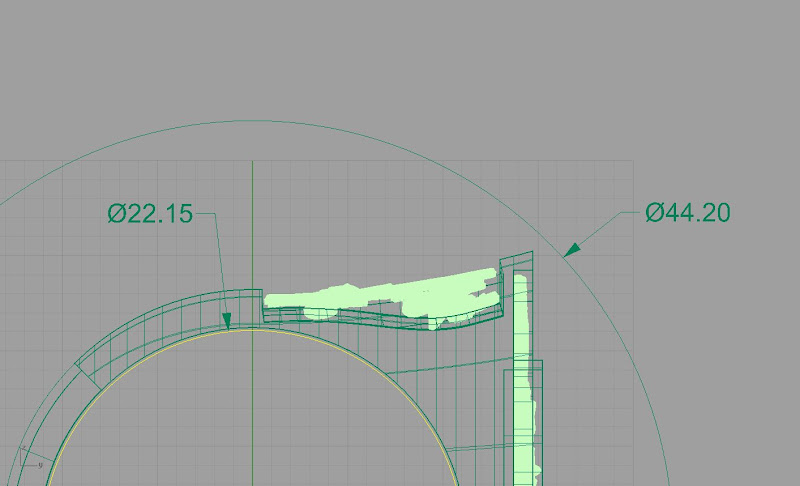 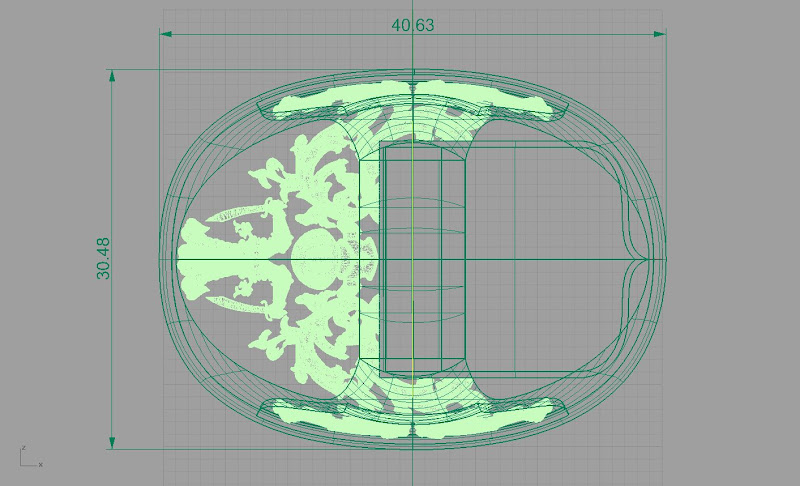 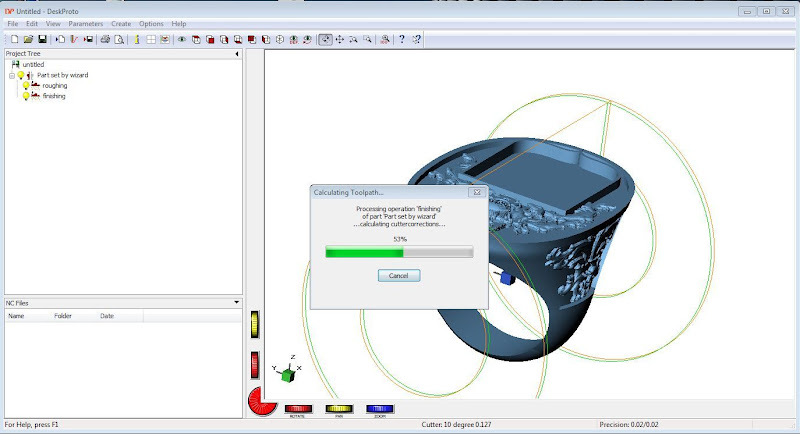 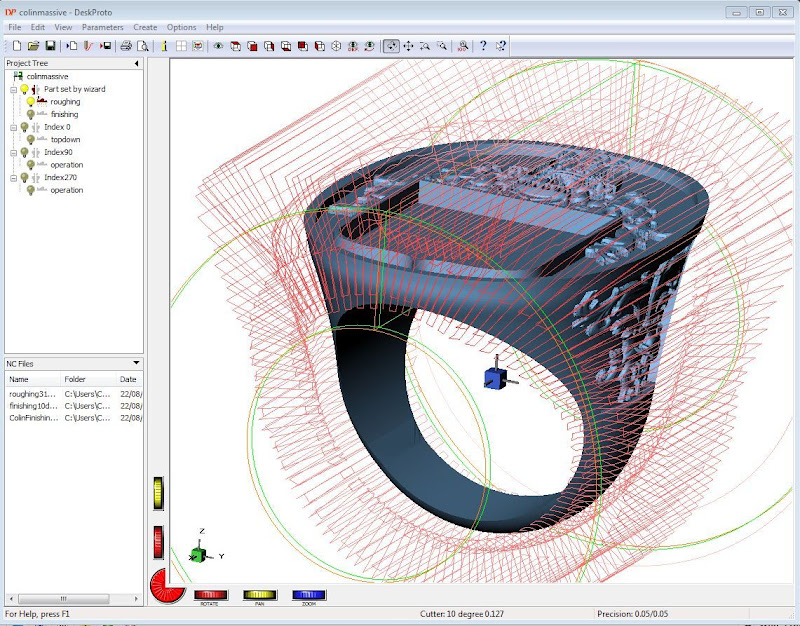 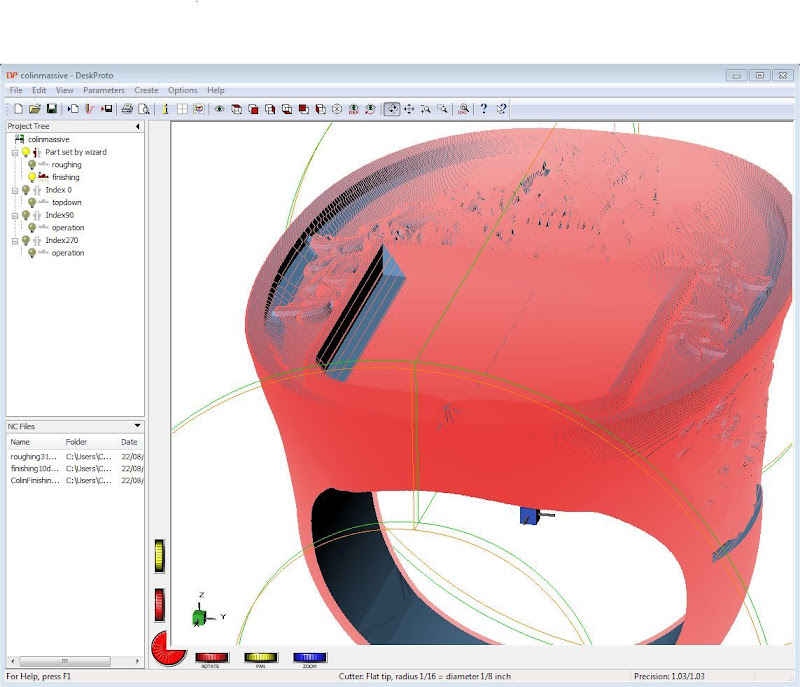 Top down from 0 degrees 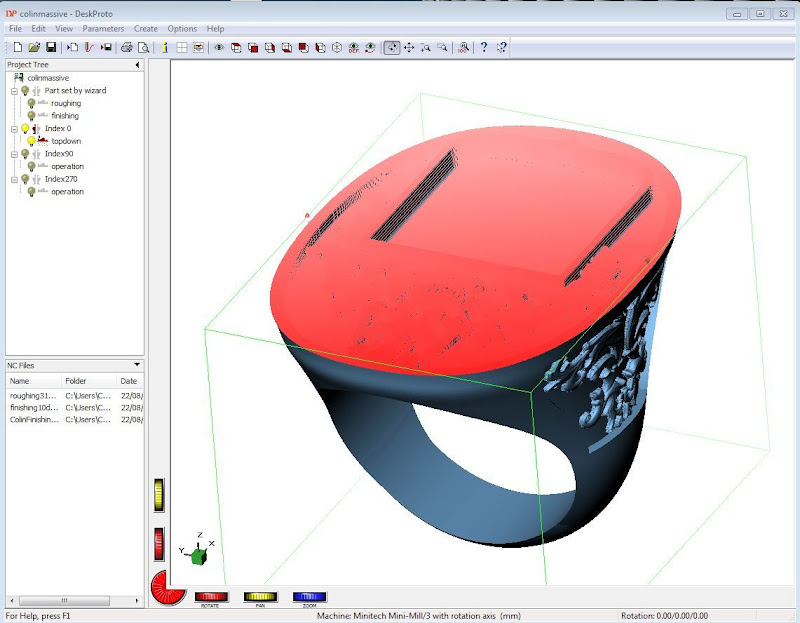 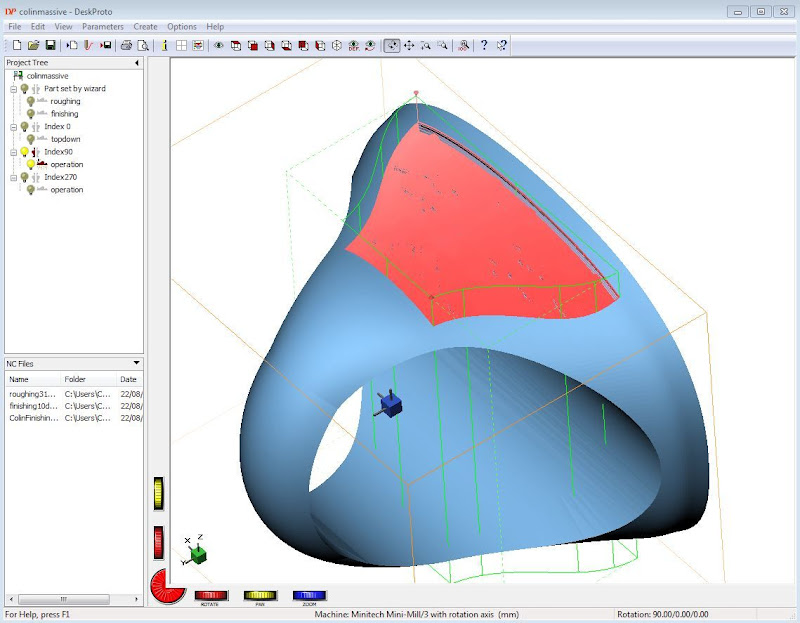 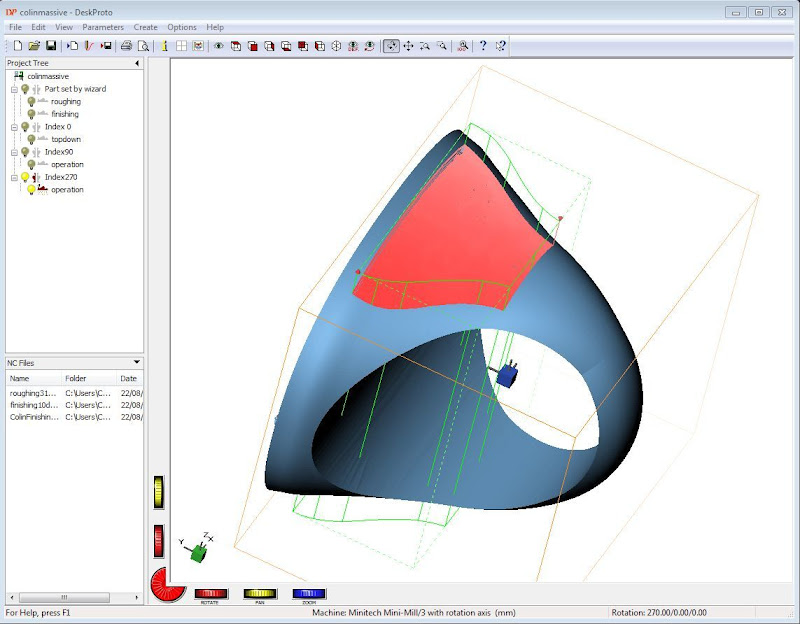 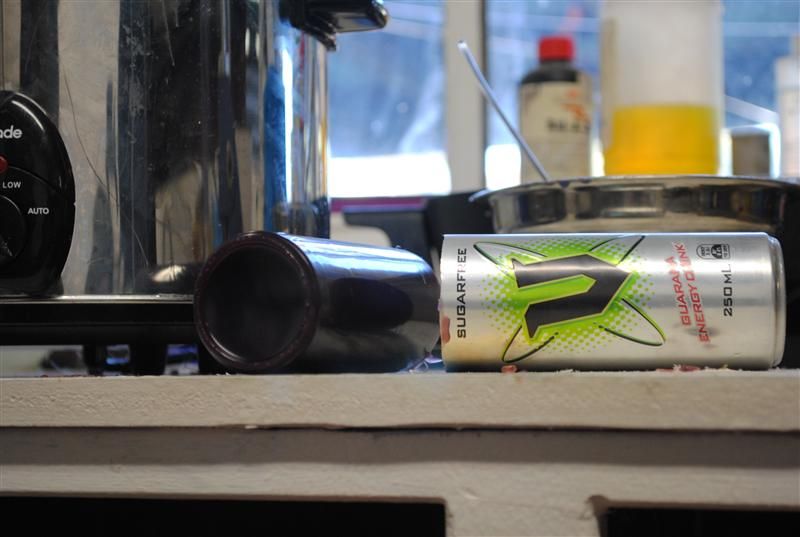 off to the trusty lathe for finishing and truing 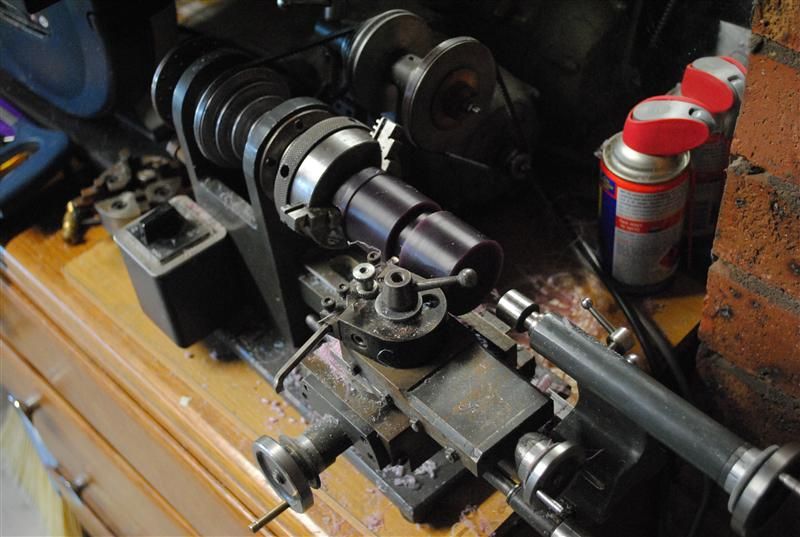 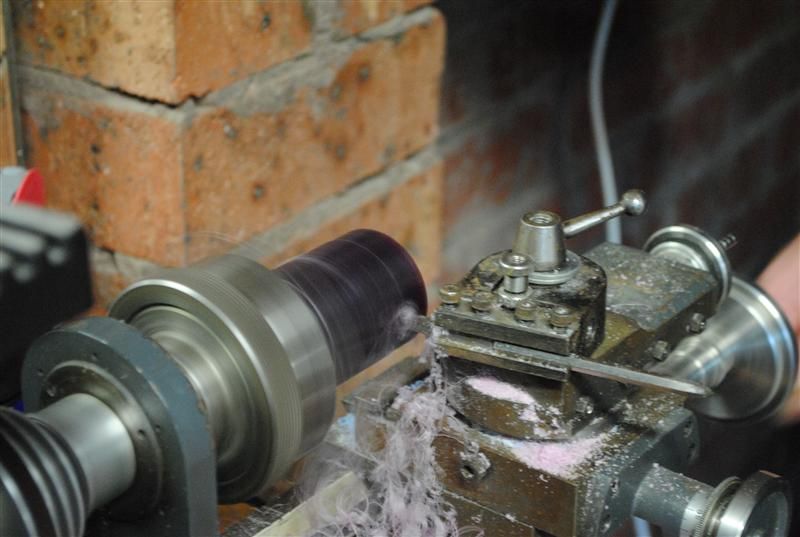 Hook her onto the conical clamps and setup time 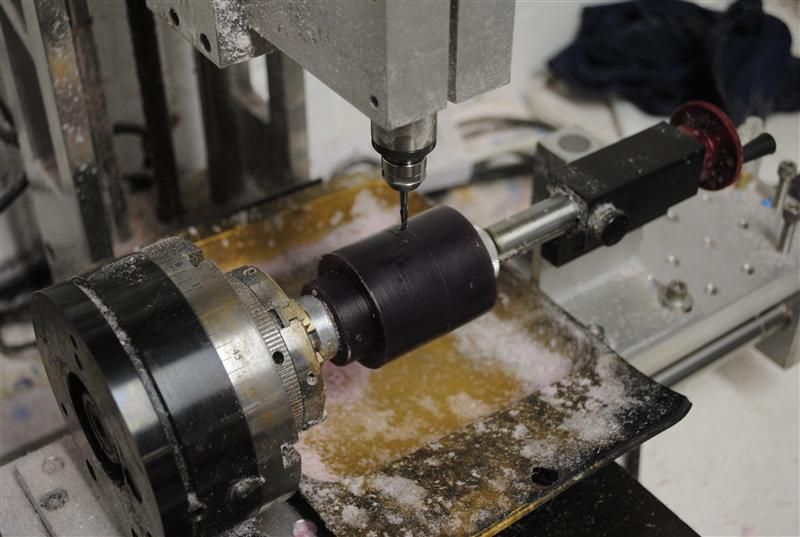 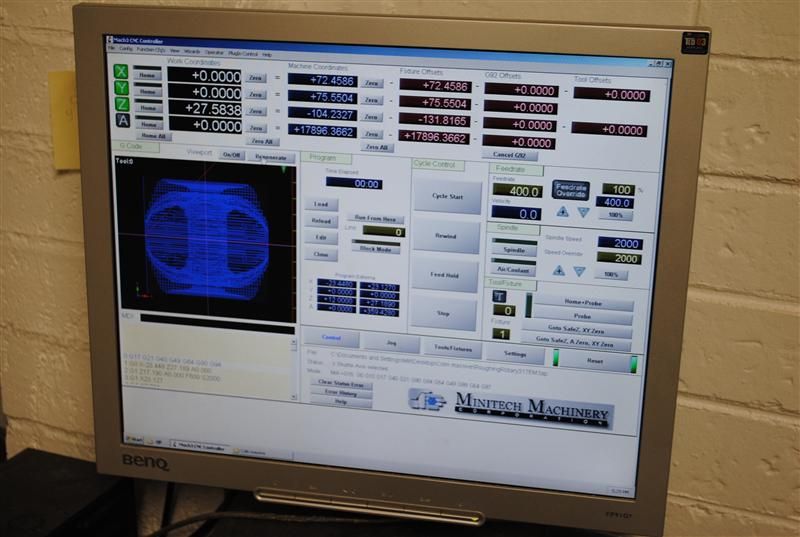 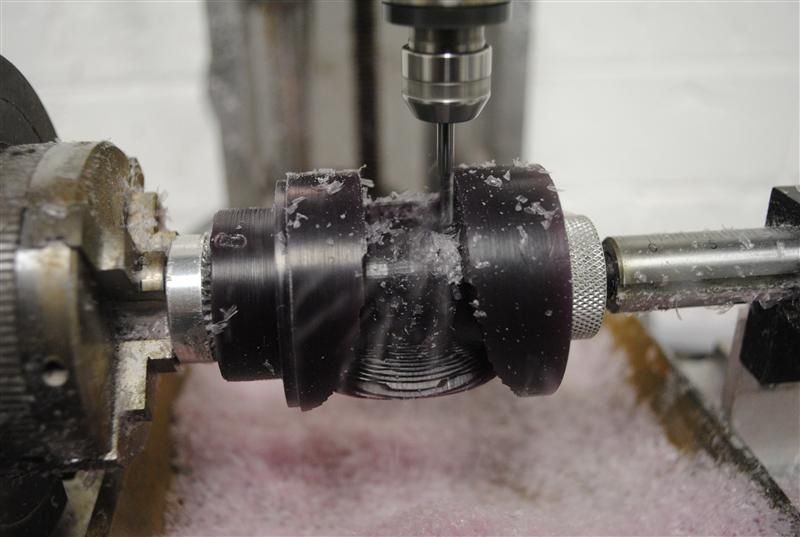 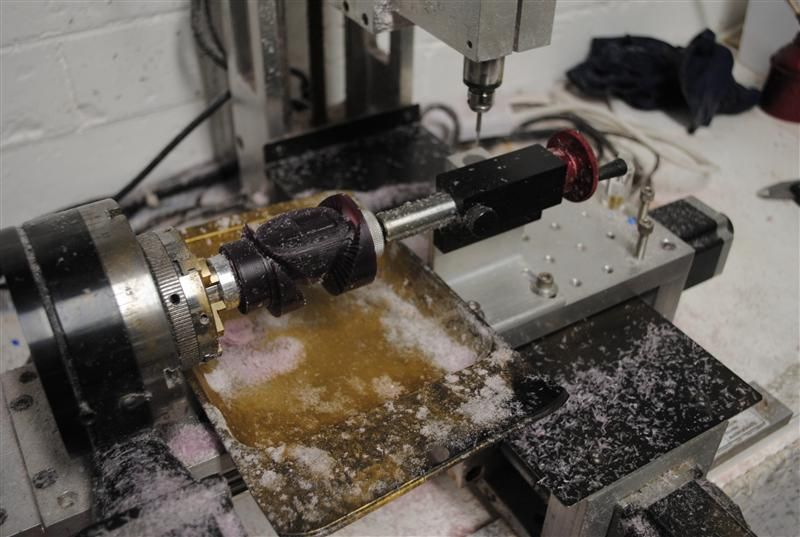 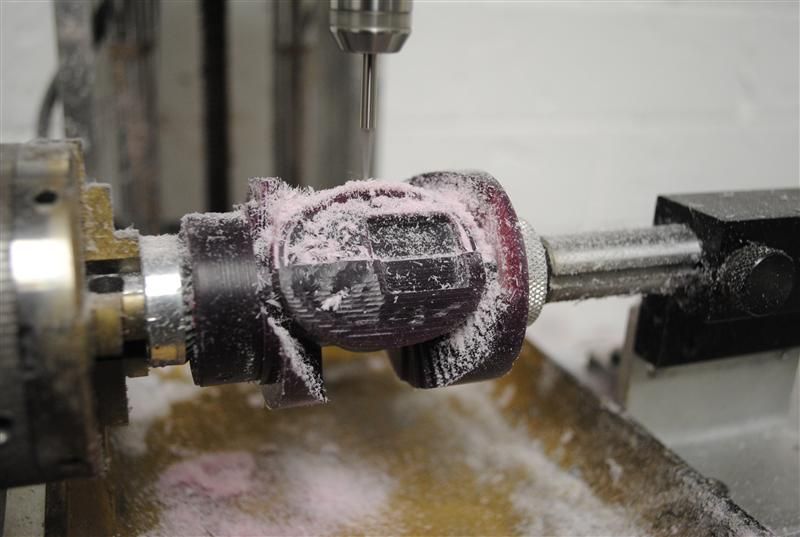 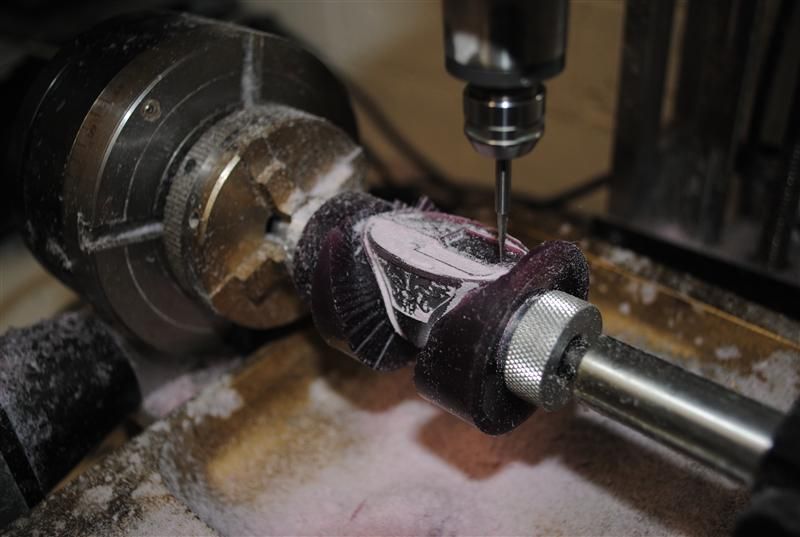 add some oil.. (some people claim this helps, i use it but honestly cant tell any difference when using it) 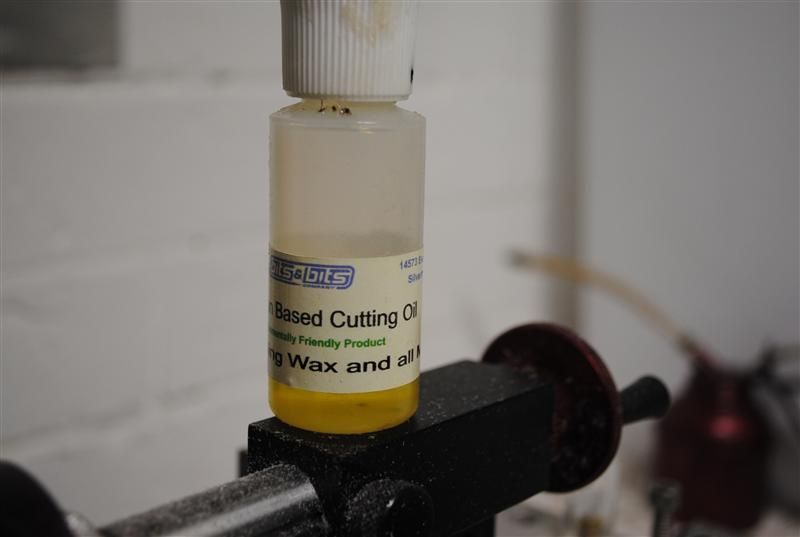 start the index passes (new cutter.. grr K.O'd the last one with the oild bottle! 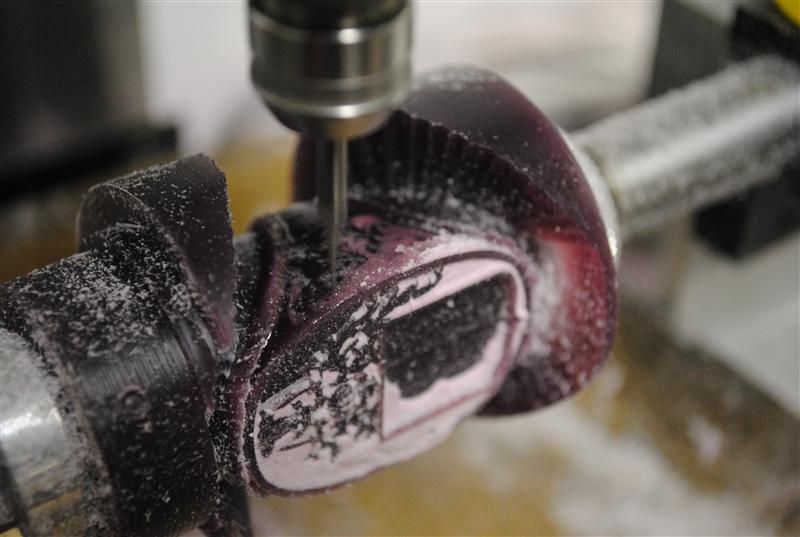 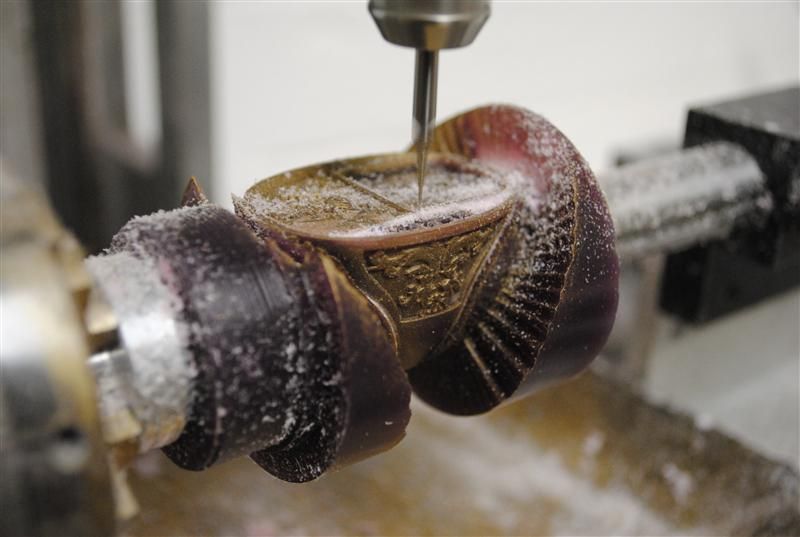 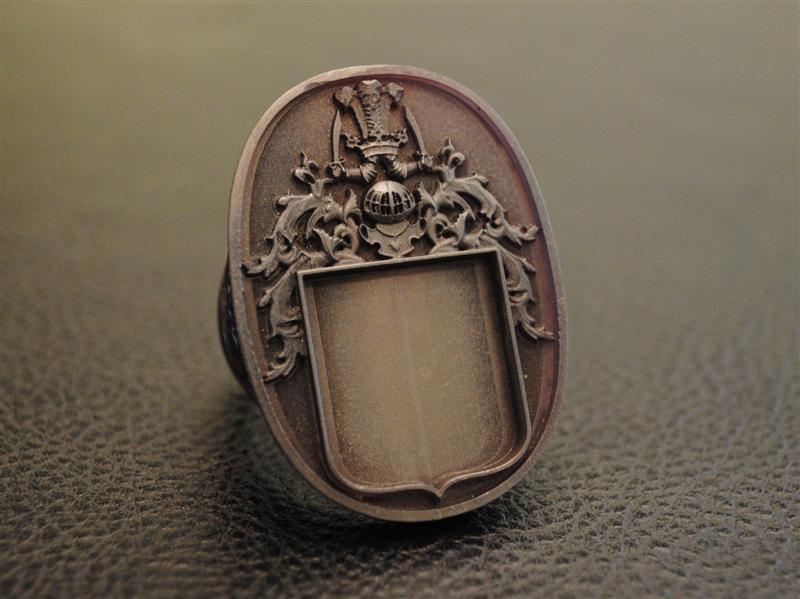 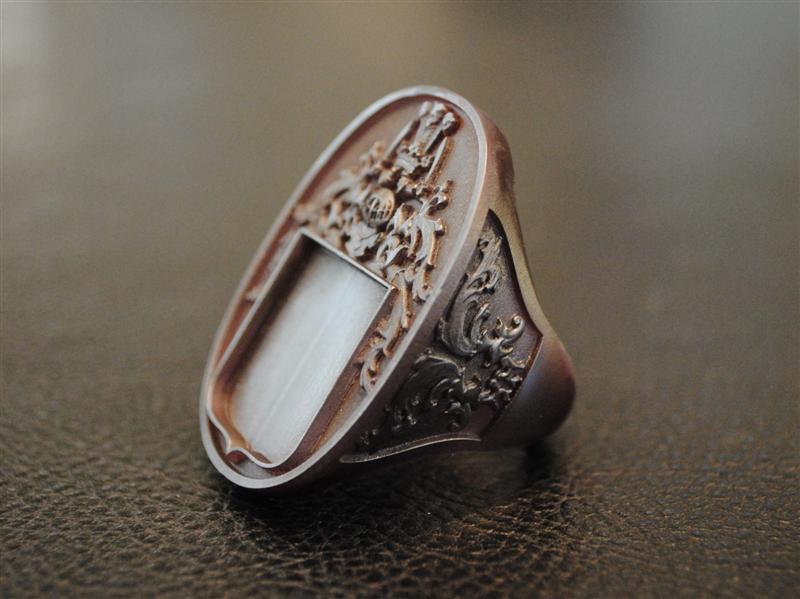 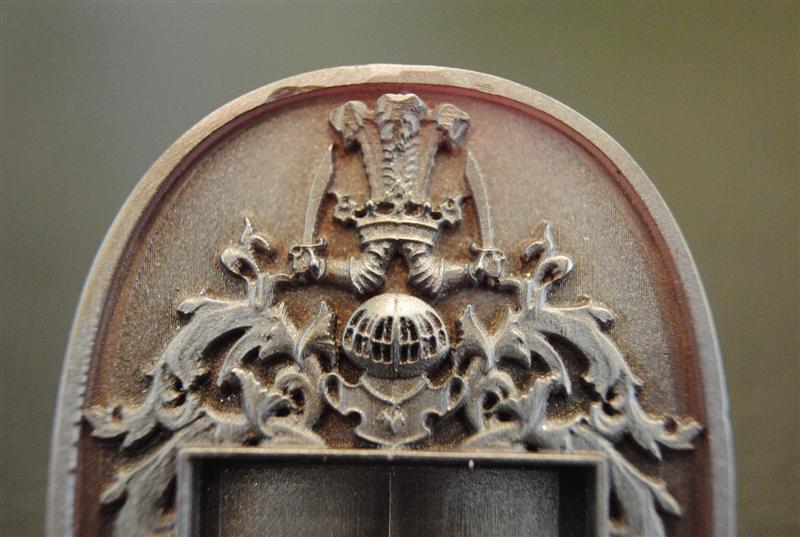 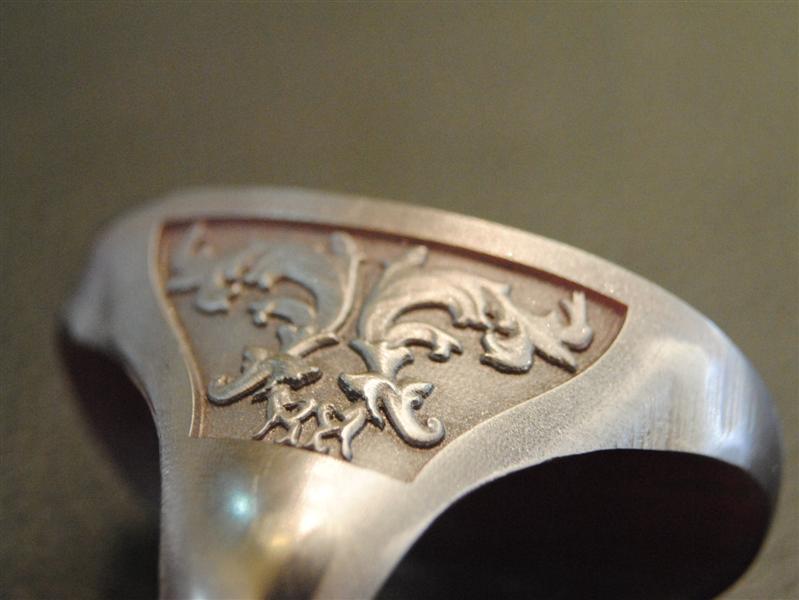