The final stage in a a very long job has been completed.. the Ouroubus is ALIVE!!!

This was an awesome job to work on. I produced this piece for Holloway Diamonds.. it is truly fanstastic to have so much gold to play with ;)

I am only the designer so the client details are not mine to share or expand on, but to own a piece of this magnitude you are SOMEONE..

The deal with an Ouroborus is that it is a mythical magical beast that swallows it own tail, the ultimate symbol of eternity, rebirth.

The Ouroboros (or Uroborus)[1] is an ancient symbol depicting a serpent or dragon eating its own tail. It comes from the Greek words oura (Greek ουρά) meaning "tail" and bόros (Greek βόρος) meaning "eating", thus "he who eats the tail".[2]
The Ouroboros often represents self-reflexivity or cyclicality, especially in the sense of something constantly re-creating itself, the eternal return, and other things perceived as cycles that begin anew as soon as they end (the mythical phoenix has a similar symbolism). It can also represent the idea of primordial unity related to something existing in or persisting before any beginning with such force or qualities it cannot be extinguished. The ouroboros has been important in religious and mythological symbolism, but has also been frequently used in alchemical illustrations, where it symbolizes the circular nature of the alchemist's opus. It is also often associated with Gnosticism, and Hermeticism.

the piece was based on some rather sketchy pictures and some images from the web, lots of reasearch as well as months of emails between Holloways's and the client, it finally arrived at me as a patch work of imagery and instructions.

There is a Video clip of the piece at around  80% complete at the bottom of the post. 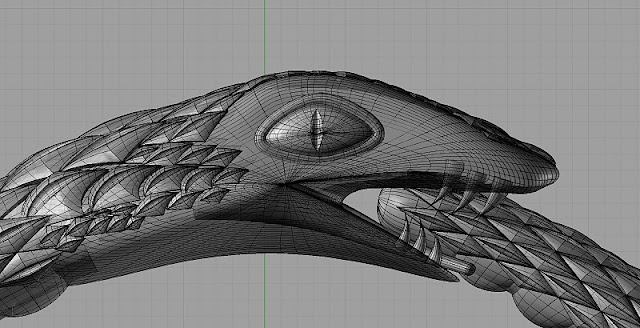 and from this the feedback was  "too many teeth, scale not snakey enough.." thank goodness tis only CAD! 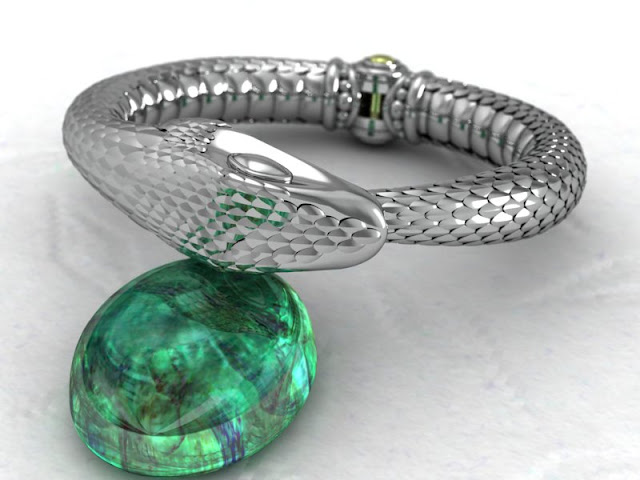 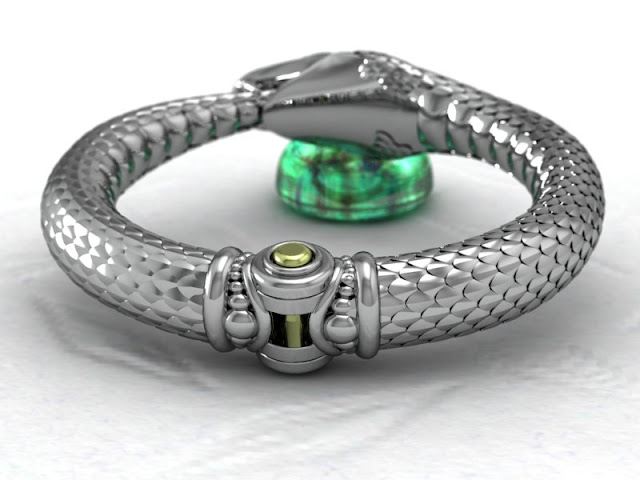 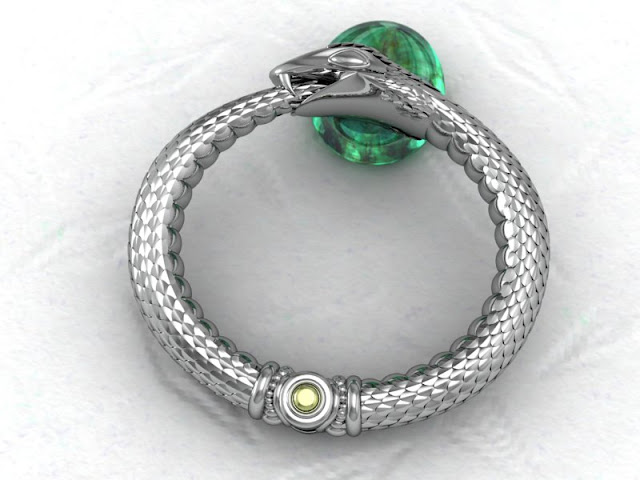 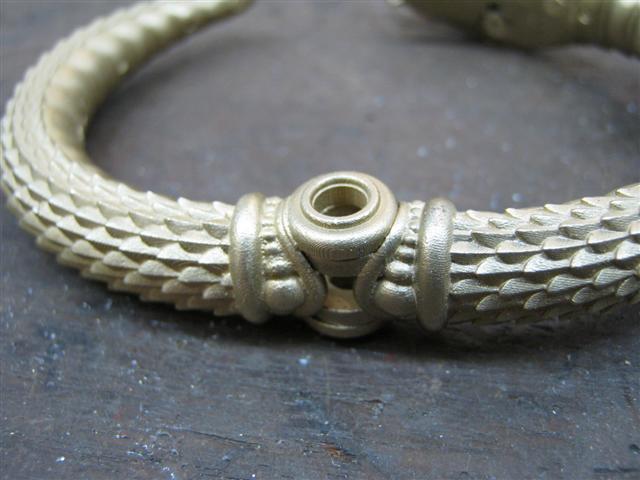 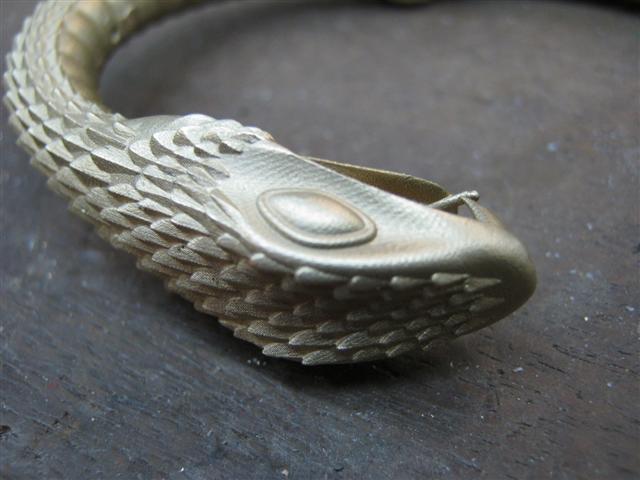 and then after some huge amount of clean up, fitting a spring hinge  and setting the diamonds and rubies we finally have this magnificent piece! 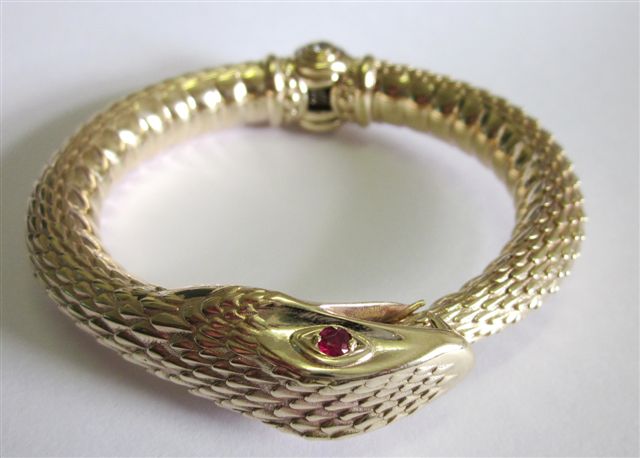 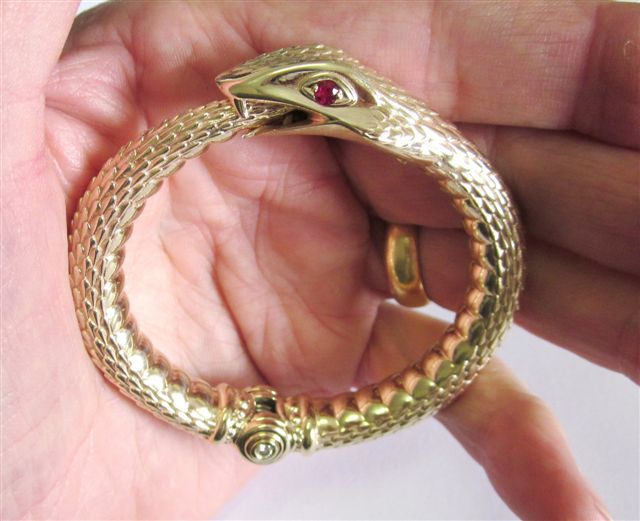 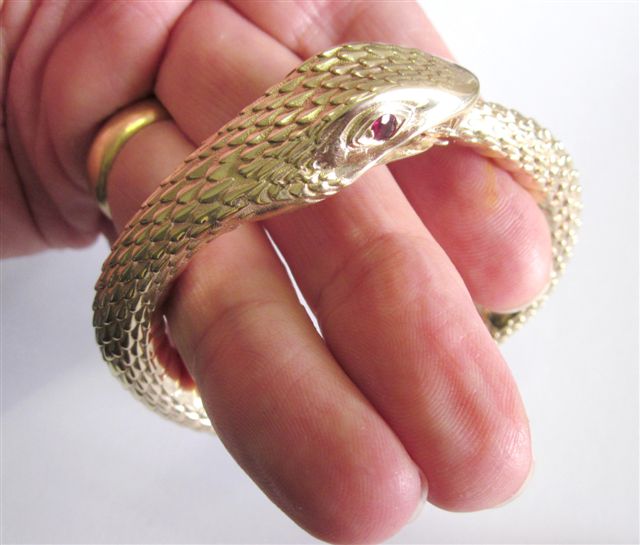 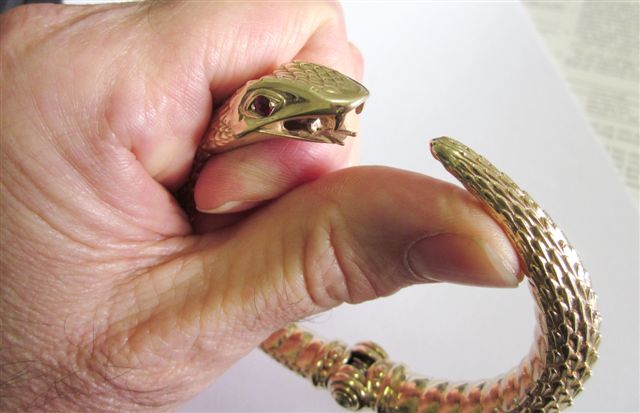 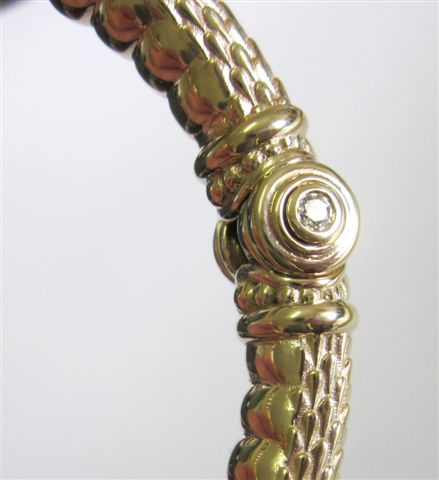 I love these projects :)